Who is the Elf on the Shelf?

Who is the Elf on the Shelf?

“The Elf on the Shelf: A Christmas Tradition” is a 2004 children’s picture book, written by Carol Aebersold and daughter Chanda Bell and illustrated by Coë Steinwart.

The book tells a Christmas-themed story, written in rhyme, that explains how Santa Claus knows who is naughty and who is nice. It describes elves visiting children between Thanksgiving (American holiday at the end of November) and Christmas Eve, after which they return to the North Pole until the next holiday season.

The Elf on the Shelf comes in a keepsake box that features a hardbound picture book and a small soft toy in the form of a pixie scout elf.

While this is all very innocent and cute the Elf on the Shelf has found itself in some ‘not quite right’ situations! We won’t get too graphic her at Westminster Christmas but we hope you enjoy some of these fun images of Elf on the Shelf. 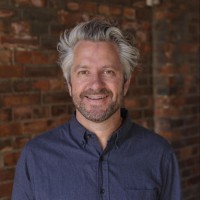 Hi, this is a comment.
To get started with moderating, editing, and deleting comments, please visit the Comments screen in the dashboard.
Commenter avatars come from Gravatar.

Pretty great post. I just stumbled upon your blog and wanted eagkcgddddddegbk